Teddy bears are supposed to mushy and cuddly, right? Well, not this one, TED is one of a kind, not only because he was the result of a child wishing him to life, but also the idea that he grew and became a rather profane character. There is little that TED cares about in the movie, which the slot is based on. When it comes to the pokie, however, TED cares whether you win or lose. Hence, he offers massive assistance as you progress through different parts of the play. He can also lead you to huge rewards. This pokie is great for people who enjoyed the two movies, and it might even motivate those who haven’t to check it out.

This video slot from Blueprint is one of the newest releases that are adopted from significant aspects of real culture. The TED movie took the world by surprise and made people laugh, now, with the pokie, you get to laugh on your way to the bank.
The game has an RTP of 95.81% and a bet range of 0.2-500. The 5-reel and 20 payline pokie has special symbols that propel you to the biggest possible wins on the pokie and extra features. TED is entertainment and fun in a slot, and the execution by Blueprint is impeccable.

Through most of the play, TED is relaxing on his sofa as you spin. The symbols you will want your reels to land on are:

TED is the character that will take you through different plays and improve the possibilities of landing a winning combination.

TED has numerous unique elements, including the incredible Thunder Buddies Bonus. Once you get 3 or more of this symbol, you get to spin a wheel that determines the kind and value of the bonus that you will get.  There is a wheel of fortune that allows you to spin for a prize. Also, there is the Bar Crawl Bonus that allows you to progress through the game board for prizes.
Additionally, there is the Super Mart bonus that rewards you free spins, which means more playtime and more chances of winning. If you get the flash free spins feature, a fourth row is added on the game, and you get an array of boosts that are great for further play. Finally, if you get Big Money, your wins are multiplied.

The features used in the bonus games are based on different scenes in the movie. This means you are likely to miss out on the references if you are not familiar with TED. However, it is easy to get the hang of it, and if you haven’t watched it, you can play the pokie as you would any other.
TED is unique, and it perfectly presents the rowdy teddy bear with no regard for rules. The good this is that TED is keen on fun, and he wants you to have some too.

🔴 What are the minimum and maximum bets for Ted?

🔴 Is Ted available on mobile?

Yes. You can play TED on the move using several mobile devices from Android and iOS.

🔴 Where can I play TED pokies online for real money?

We have a list of online casinos that have TED in their game selection. Look through it to find the right fit.

Yes. The game has a demo version for players who want to play for fun.

🔴 Do I need to download additional software to play TED?

No. Despite the device you are using, you can use instant play. 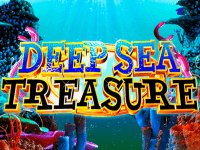