The general contractor delivered Wynn Resorts some sad news recently – it won’t be able to complete the construction of its casino project for another 3 months. The Wynn Palace Cotai, initially scheduled to open in March, is now expected to receive public in June 2016.

The $4.1 billion (AUD 5.6 billion) resort is one of several planned to open next year on the giant Chinese gambling market where you can find a lot of Novomatic Online Casinos. In addition to the casino itself, it will feature 1,700 rooms, a spa, lake with gondolas and fountain display, multiple shops, outlets and restaurants. As the developer said – “you could literary live there!” 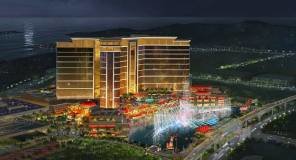 The analysts already expressed suspicions earlier that the resort opening will be pushed back due to the slow pace of government authorities issuing permits and lack of construction workers in the area. Four new giant casinos are scheduled to open in the area in the upcoming years.

The announcement of a three-month delay in the opening of its new Strip Hotel Casino initially plunged the shares of Wynn Resorts by 6% before the stock regained and closed down by 0.4% (-25 cents).

Wynn casinos already suffered an unexpected stroke not so long ago with the Macau authorities announcing a table tax on the new casinos while the project was already “so deep into construction” to quote the company.

The table tax (limit on number of tables) will only decrease potential profits of the new yet unborn palace on the background of steep decline in Chinese casino market numbers. Already on the finishing line of construction work, the Resort still hasn’t received the notice how many tables they are allowed to gamble. Just like another newly opened Studio City Resort, the city’s administration will likely allocate Wynn Palace not more than 250 gaming tables. The casino had been requesting 500.

Wynn Resorts isn’t the only big American casino operator looking to make big bucks in Macau. Two more Nevada-based gamblers are about to open in the area at the end of the year: Las Vegas Sands Corp and MGM Resorts International will both open their resorts in the second part of 2016.

All in all four major gambling projects will open in Cotai by 2017: Wynn Palace, MGM Cotai, Parisian Macao (Sands China) and Lisboa Palace (SJM Holdings). All of them will have to divide among themselves 1,097 gaming tables according to the Union Gaming Securities Asia.

All this is while the existing casinos in the world’s biggest gaming area suffer big losses.

Not long ago President Xi Jinping decided to diversify the area attraction and make it tempting for non-gamblers. On top of the Chinese government proclaiming a war on corruption, that affected many operators brining big spenders and high rollers to the local casinos. Even with a new project opened this summer, the number of visitors from mainland China is down 6% only in July 2015.

As a result the area saw a 36% drop of gaming revenue since last summer and already announced that it will have to cut public spending due to the lowest numbers of Macau domestic product since 2011.

No matter the difficulties in the construction and developing process, the Macau business is crucial to Wynn Resorts empire – even with its ups and downs it comprises almost 60% of its revenues.