Darwin Casino Can be Sold To Taiwanese Firms For $200 Million

The SkyCity casino was seemingly not being profitable, many would think. However, on the contrary, there has been interest in the property from several parties according to their spokesperson. This is largely in circulation in the online media. There are claims that the deal to sell the popular real money casino is almost through and it could be to the tune of $200. Even though these claims, nothing at all has been actually sold or finalized and SkyCity Darwin is still a SkyCity. The sale of Darwin casino is a welcome sign as the business is going through a serious cash crunch is the feeling of an institutional investor. These reports were all around just before the release of their annual report on the 8th of August. So, shareholders and many other relevant businesses were curious about this news. 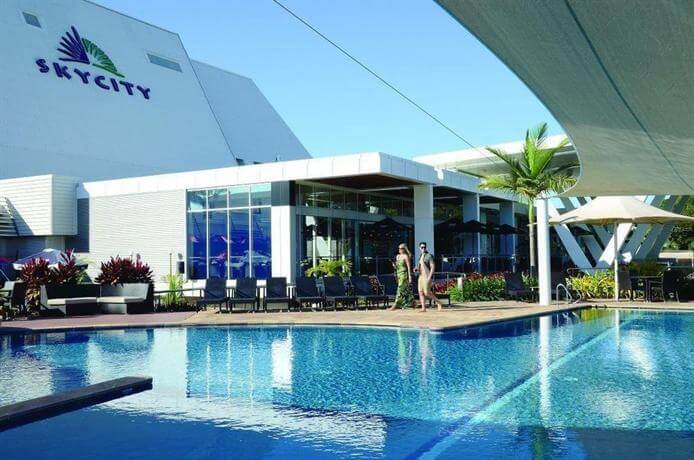 But, the media house The Australian tells another story. They claim that the deal is almost done. The other party is Taiwan’s Pau Jar Group while the fixed capital is set for more than $200 million. What is about to come will soon be revealed as soon as the deal is finalized and authority is handed over. There has been some time since the initial talks and within a month a lot might have been finished. The spokesperson said firmly that his views are completely categorical and he has not seen the reports yet. So, nothing can be said for sure, but consider that the deal might be on the table and in the last phase.

Pau jar group is a strong business firm that is developing residential, commercial, and resort properties in China, Taiwan, Vietnam, and Australia. When the top online casino giant SkyCity first announced its plans to adopt an asset-lighter strategy, this business move was seen as the selling off some of its properties. This is the talk of October 2017. There has been a lot of time to linger and think over the matter. This was also not that unnatural.

Following a 95 million writes down on the value of SkyCity Darwin, the overall annual sales report for the previous fiscal year showed a 69% fall in profits. And, to compensate for this kind of loss, Goldman Sachs was instructed back in March 2018 to start looking for a capable buyer. The figure of $200 was then on the limelight and the process of securing a potential buyer was set in motion post the decision. Thus, the current claims are not completely out of the blue. The norms tell that the selling of the casino’s Darwin establishment is for sure and this would impact certain businesses that are directly dependent on it.

All this speculation about Sky City Entertainment selling Darwin casino is happening at a time when the company has reported a profit of $169.5 million. The increase in its revenue is due to the participation of the international high rollers.

Fortunately, this move is to serve profits to the company in the near future and make up for the substantiate losses incurred. Despite the current negation of any such activities, the people talking to The Australian are confident that the purchase is imminent and the same would be reflected in the next fiscal year’s report.

The same is of concern to many people. Especially, the competitors like Crown that has been in violation of several standards like pokies. It has been declared fit for Victorian games yet again. To bring to the table such activities, it is desired that more news and credible news be soon heard about the deal of the year.