Australian organization is “no longer charity” because of gambling

What would you say if someone approached you and offered you to pay all your living expenses an beyond – would it be spending thousands on gambling, luxury cars or transcontinental journeys? All you had to do is to live your live as a “guinea pig” – ride Hummer if you are of younger age, or a Rolls Royce if you are more mature, attend weddings in India and spend a fortune in Bitcoin casinos.

Sounds like a dream, huh? Well, a number of Australians managed to turn this dream reality! Unfortunately for them, this months the Administrative Appeals Tribunal proclaimed that the organization doesn’t fall under the “charitable” category and will now lose its tax-free status. 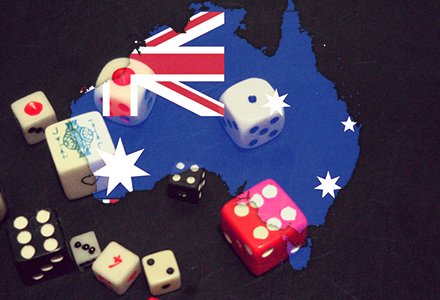 Everything In The Name Of Research

In 2005 a former soldier James Salerno Senior started a charitable foundation called The Study and Prevention of Psychological Diseases Foundation (SPED).The aim of the organization was to search for the “ideal human environment”. Shortly after he convinced 20 of his relatives, friends and friends of relatives to join in.

Driven by this noble cause, the members donated all their income and properties to SPED. Since SPED benefited a status of a health promotion charity, they paid no income tax and were able to obtain GST from all of their expenses.

The research consisted of….. living their everyday life at the expense of the foundation. The organization rules proclaimed that everything its members do 24/7 is for the purposes of scientific and psychological research. By the way only one of the members had a degree in psychology. Basically these 21 men and women took care of their household, raised children, spent time with their friends and travelled around while SPED paid for it all.

Do you sense anything wrong yet? Wait, there’s more.

One of the principal projects of the organization had to do with investigating human behaviours while driving luxury cars. For this reason SPED had to buy one million dollars worth of luxury vehicles – a Hummer for $100,000, Ferrari for $300,000 and even a $695,000 worth Rolls Royce (probably just to be sure the research results are accurate). Of course the members had to drive these cars 24/7, which court later considered “personal use”.

Another trial and error project required spending one million dollars on gambling. Or go to a wedding in India.

It isn’t surprising the authorities started to look into SPED charity activities last year. The reasons for court overruled SPED tax-free status is that most of the 21 members of the organization surprisingly had the same last name (so much for the soulmates) and all of them had either blood or friendship relations.

Unfortunately, if it wasn’t for the legal procedures, the larger public probably would have never found out about that “ideal human existence”- the organization, which existed since 2005, didn’t manage to produce not a single record of its activities in any medical or scientific resources. Maybe it was due to the shortage of its personal, as no new member was added to the organization since its creation.

SPED tried to overrule the decision, but AAT supported the initial ATO decision to cancel SPED charitable tax-free status all the way from its creation in 2005. Probably now the mental state of these 21 people might represent interest for some real psychological research.